After the resounding success of his debut gig at this years Margate Soul Festival, Laville is back with the full band at the intimate venue Paper Dress Vintage, Hackney. Emerging from North London, Laville is a extremely talented vocalist who has just signed a record deal with Acid Jazz Records.

His debut single, ‘Easy’, has been played across BBC 6 Music and was made track of the week on BBC Radio London by Gary Crowley. Check it out here https://spoti.fi/2Ozgc9t and come and see him live with support from the amazing Graziella. 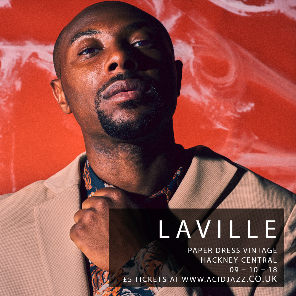