After the resounding success of his debut London gig, Laville is back with the full band at the Borderline, London. Emerging from North London, Laville is a extremely talented vocalist who has just signed a record deal with Acid Jazz Records.

His debut single, ‘Easy’, has been played across BBC 6 Music and was made track of the week on BBC Radio London by Gary Crowley. Check it out here https://spoti.fi/2Ozgc9t. 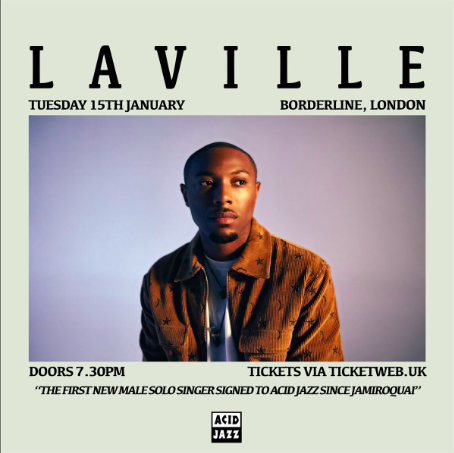