To kick us off in 2019 is the news of a new label from our label manager and DJ about town DJ Dom Ore. Miles Away Records will reissue gems from around the world starting off with the amazing ‘Patience’ by Rokk.

Heavily influenced by Gil Scott-Heron’s ‘The Bottle’ it is a cult dance floor anthem that has never been reissued as a stand alone single. This limited edition of 500 copies is sure to do swift business.

Recorded in Los Angeles, the band Rokk whose roots lie in the 1964 meeting between James Dockery and Arthur Monday. La Marco Nesbit and Denny Lash later joined in the mid 70s and together they formed Rokk. They released one single for the Vee-Jay International label and recorded and album which lay in the vaults for over 30 years. 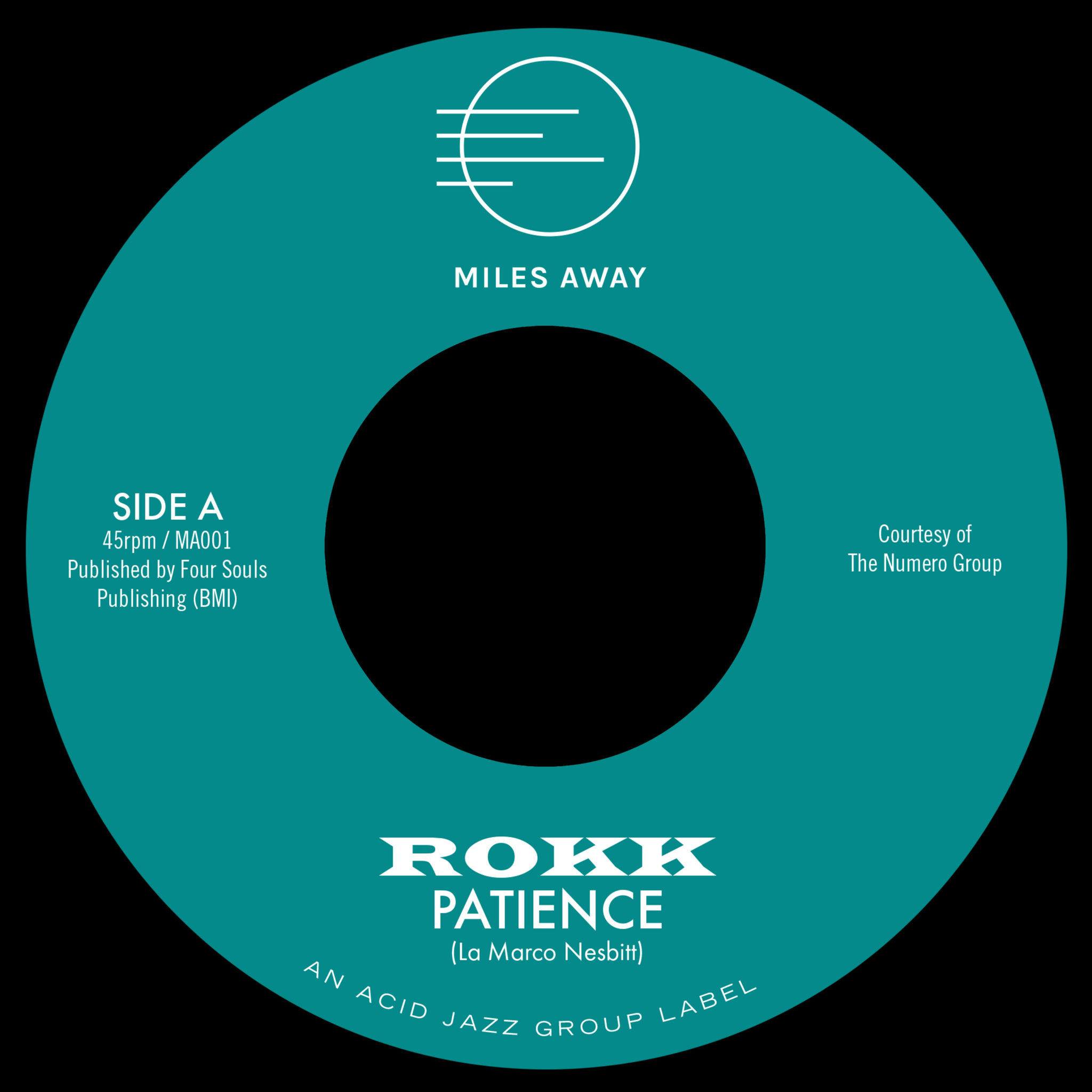