Just in-time for an extensive UK tour throughout March and April, Corduroy release their Rare Stock Collection of out-takes and rarities. It shows a depth and musicality in their catalogue beyond and above their better known material. It also acts as an alternative timeline of the height of their career in the 1990s.

The tracks range from extracts taken from their original demo tape that won them their contract at Acid Jazz – Goober Grape and Hicky Burr – to the abandoned sessions for an abandoned fourth album in the middle of the decade, from which an early version of the compelling Clockwork Man appeared.

In between there is the cancelled 1995 single Summer In My Eye, the vocal version of Very Yeah, which was itself considered as a single. The collection also comes with a brand new mix of 1994 hit Mini, by Ashley Beedle of X-Press 2 fame. 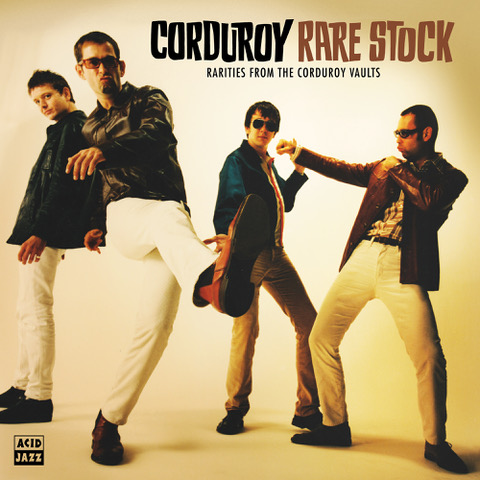 New Video For Laville ‘Thirty One’
Scroll to top