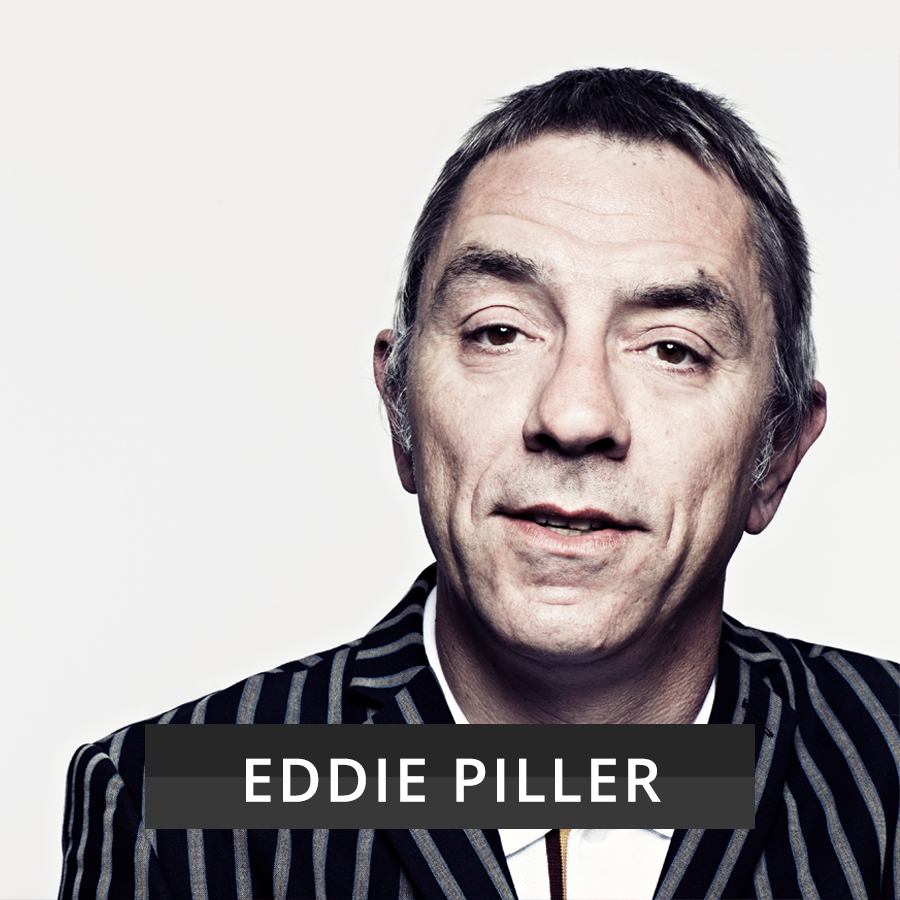 Eddie was born into an east end mod family in the mid sixties (his mum ran the Small Faces Fan Club) and a career in music beckoned.

In 1980 he started the legendary fanzine, Extraordinary Sensations and its attendant record label but was soon persuaded to decamp to Stiff Records where he became a label manager and a & r man. Fate leant a hand and when Stiff crashed, Piller moved into management and production – recording the young James Taylor and his Quartet.

After a while the JTQ became the main draw in the burgeoning London jazz scene and Piller teamed up with dj Gilles Peterson to establish the Acid Jazz label to push the scene into a fresh (and marketable) direction – the Acid House explosion ensured that the fledgling outfit soon swept the world and the acid jazz scene became one of the most influential youth movements of the 90s.

Success was immediate but Peterson left in 1989 to establish Talking Loud and Eddie Piller concentrated on a new generation of signings. Jamiroquai, the Brand New Heavies, Snowboy, Corduroy, Mother Earth, A Man Called Adam, Terry Callier, Gregory Isaacs all had substantial hits through the decade. In 1993 Piller opened the ground-breaking nightclub, The Blue Note. In London’s extremely unfashionable Hoxton (a place known more for its bomb sites that its culture) – the club became a major success (winning the Time Out ‘club of the millennium’ award) and kick-started the careers of Goldie and Talvin Singh amongst others – whilst changing the face of east London’s Shoreditch/Hoxton triangle into the art and culture centre it is today.

By the late 90s Piller had moved into broadcasting. Originally presenting the ground-breaking Newbeats show for Jazz FM but has also hosted shows for BBC Radio London, BBC 6music and Q Radio (where he won a British Radio Award) – he has written and 8 part series on youth culture for ITV, documentaries for Radio 4 and appeared on Pop On Trial and Soul Britannia for the BBC…He currently hosts the successful chat chow The Modcast and presents The Eclectic Soul Show, both for the new and innovative Soho Radio!

Giving his love of ‘playing soul music’, Piller is the ‘music of black origin and influence’ for the successful Vintage Festival and is a regular at Glastonbury, Isle Of Wight, Bestival and a whole host of other festivals whilst maintaining a healthy DJ schedule in the night;clubs of Europe. His hobbies include cricket, ancient history and riding his Vespa! View all artists >