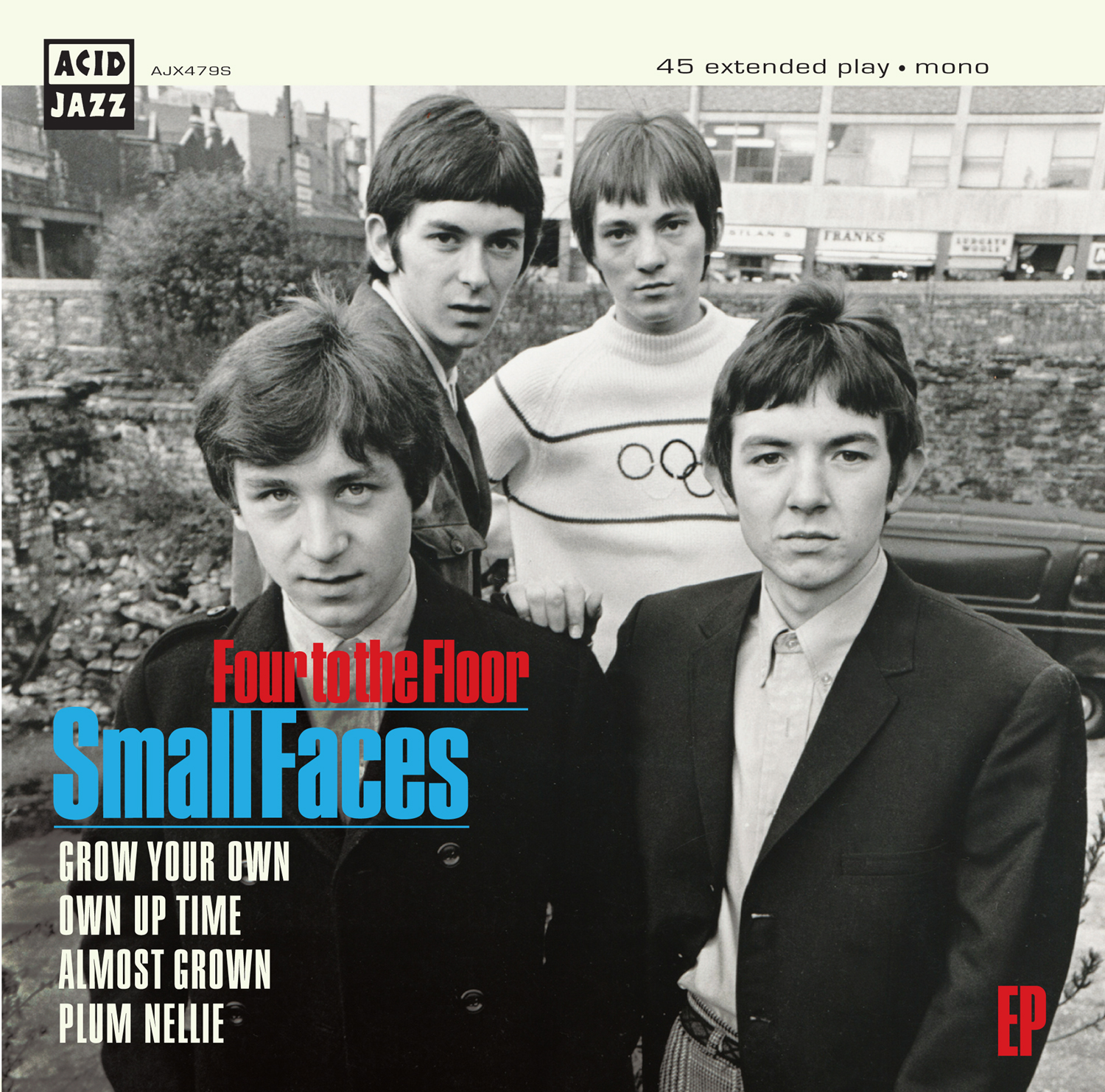 The Small Faces are incredibly important to us here at Acid Jazz. The epitome of mod style, with a love of great American soul music which they made their own, turning out some of the greatest records on God’s green earth. There’s also a personal connection as well with label founder Eddie Piller’s mum Fran being in charge of the original Small Faces fan club. So it is with pure delight and unadorned joy that we are releasing our exclusive EP ‘Four To The Floor’.

In addition to their joyous and timeless songs the group also had a killer line in instrumental brilliance, channelling Booker T & The MGs through the explosive prism of mod and making us all dance. The four finest of these, ‘Grow Your Own’, ‘Almost Grown’, ‘Own Up Time’ and ‘Plum Nellie’ have been gathered together by Tosh Flood (Pugwash, The Divine Comedy) to create this killer EP.

Approved by surviving band member Kenney Jones (who also pens sleeve notes) and put together as part of Rob Caiger’s critically acclaimed Small Faces reissue series, ‘Four To The Floor’ has been mastered by Nick Robbins directly from the original Decca tapes with lacquers cut by Barry Grint at Alchemy Mastering – and sounds astounding!

For this release we have revived our Rare Mod Series so the disc comes in  a laminated flip-back sleeve, resplendent with a Tony Gale photo of the group in their prime 1966 glory. Kenney is available for selected interviews. The EP will be launched at the Modcast Weekender where Eddie Piller will be interviewing Kenney.